First, I would like to dedicate this 300th post since September, 2004 to my loyal readers who have tolerated obscenity, cynical humor, bizarre texts and weird tastes in music.
Then I would like to disclose that one of my favorite brands -- this is being written on an iMac G5, and when not, on a Powerbook G4 -- Apple, is finally getting an Apple Center in Riga on or around May 26. It is no big deal, around 60 or 70 m2 (not quite the Apple Store in San Francisco), but a first for Latvia. Franchised (?) to Capital.lv, the re-sellers who have been peddling Macs, MacBook Pros and iPods with paraphenelia at their store in the Riga shopping mall Alfa Centrs. Good luck.

And now the secret of the DaVinci code post: The company formerly known as Lattelekom's new corporate logo:

So there you have the snowboarding Siamese twins. Simple, wasn't it? The grey line on the right, BTW, is some kind of mistake in the upload.
lattelecom bought a huge, inane and totally wacko front page ad in my newspaper about some guy (a character borrowed from one of the Bite Toxic commercials, who is wondering about which way the wind is blowing in the beach resort town of Saulkrasti --Sunnyshores). What the fcuk does that have to with anything??? Having said that, as I see it, the corporate identity relaunch campaign can only go uphill from this..
Anyway, the repackaging is better than what happened in Estonia, where Eesti Telekom or Telefooni or whatever it was called has for a couple of years been called Elion. With absolutely no offense to any of my gay readers, for some reason, Elion sounds like the name of someone's gay Greek or Rumanian boyfriend. What it does not sound like is a telecoms company. although repeatedly shouting Elioni DigiTV on kohal! in a crowded Tallinn bus might get you some stares...
By the way, and no offense here too, homocritical (phobic would be fearful, one does not have to fear to, for ideological reasons, criticize homosexuality) blogging (in Latvian) colleague Kristaps, but the real gay Elion, should there be one, is welcome to the Riga Pride Parade in June, where, as in any democracy, harsh opinions against gayness may also be expressed. As a libertarian, I support the freedom of voluntary association of individuals, therefore also gay rights.
But let us move on to Lithuania, where Lietuvos Telekomas also recently changed its name to Teo. Teo? Indeed, Teo.. Teo sounds like some plain mousy but under it all very sexy heterosexual girl's tomcat. The girl in the linked page doesn't even have a cat! Girls, called by the then still acceptable term chicks back in the 60s, when I was in college in the US, had cats named Teo. To Latvian ears, Teo also makes me think of the sleazy hyperreligious Brother Theodore in the classic Latvian movie The Fisherman's Son. Teo...brālis Teodors...
So I think that lattelecom did the right thing. The company's half-mother TeliaSonera won't have to look up where her renamed daughter is...
As for what is strategically behind all this, that's already been on the blog, indeed, more is in the blog than you will see in the press. The newspaper has only a reporter, I as a blogger seem to have a fly on the wall in some interesting offices, so I am told :).
So, at three minutes past midnight, the totally tight embargo on lattelecom has ended and I press the publish button :)!
Posted by Juris Kaža at 23:12

The most interesting is that LTK also changed name of Microlink to Lattelekom technology. Also they made a new logo for Apollo.
Btw. I heard that Capitals was planning open Apple store in center - as I understood in place of Elkor Sports near to Sakta and Freedom Statue. Anyway, Apple store in Riga - this sounds good!

I believe there is a difference between an Apple Store and a branded Capital store, who just happens to sell only Apple stuff.

Well, if Elion doesn't sound like telecom company (by your opinion), then they absolutely SUCCEEDED. That's actually was the MAIN point of rebranding, because today's Elion is not just a telecom company amymore. Elion is more like service company and that is what they WANT to be....
For example, Elion is basically the only company in Estonia where I can rent MS Office software (if I'm also renting a computer from them). I can buy tv-set from them also. Who knows what else in the future. While latttelecom is doomed to live and die as a techno-mumbo-jumbo ? :-)

I don't know what happening in Estonia, but in Latvia, and Baltic as well are working company DEAC(http://www.deac.lv) providing full range of microsoft ASP.

Some have pointed out that the new logo looks like "Lai ielec ōm" - meaning in Latvian: let the granny jump in!

It's kind a funny with all thouse brand names. Changing something is better than doing nothing. I hope it will improve a quality of service too..

It took ~ 8 mounths from promise to real "Apple Center". Good luck to Capital! :)

Maybe elion was meant an e - lion? electronic lion? Then idea is not so bad.

These articles are fantastic; the information you show us is interesting for everybody and is really good written. It’s just great!! Do you want to know something more? Read it...:Great investment opportunity in Costa Rica: jaco beach resort, best western hotel jaco beach, map jaco beach costa rica. Visit us for more info at: http://www.jaco-bay.com/ 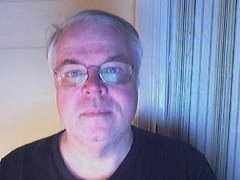